What are the common traits and the differences of mind maps, concept maps, cognitive maps and semantic networks? What are the applications of all of those?

The following concept map let’s you explore and navigate the various characteristics of the four techniques and their applications.

Click on the picture to open the LinkFacts concept map. In short all four techniques aim at representing and understanding concepts and thus increase our knowledge.

All four techniques rely on some form of visualization of the concepts and their relationships.

That is more or less where the communalities end.

Mindmap, mind map and mind-map and their plurals are commonly used and in some countries people favour one of the variants. The activity of creating mind maps is called mind mapping.

A mind map is a tree that represents a central topic and its subtopics. Multiple levels of subtopics are connected to the central topic, and each subtopic has only one parent. The semantic meaning of the relations is not explicitly defined and may be implicitly described by ‘sub-topic of’, ‘composed of’, ‘leads to’, etc.

The resulting tree is clearly hierarchical and directed from the central topic to the recursive sub-topics, very similar to the folder structure in computer file systems.

Click on the picture below to open the LinkFacts concept and explore definitions, characteristics and an example 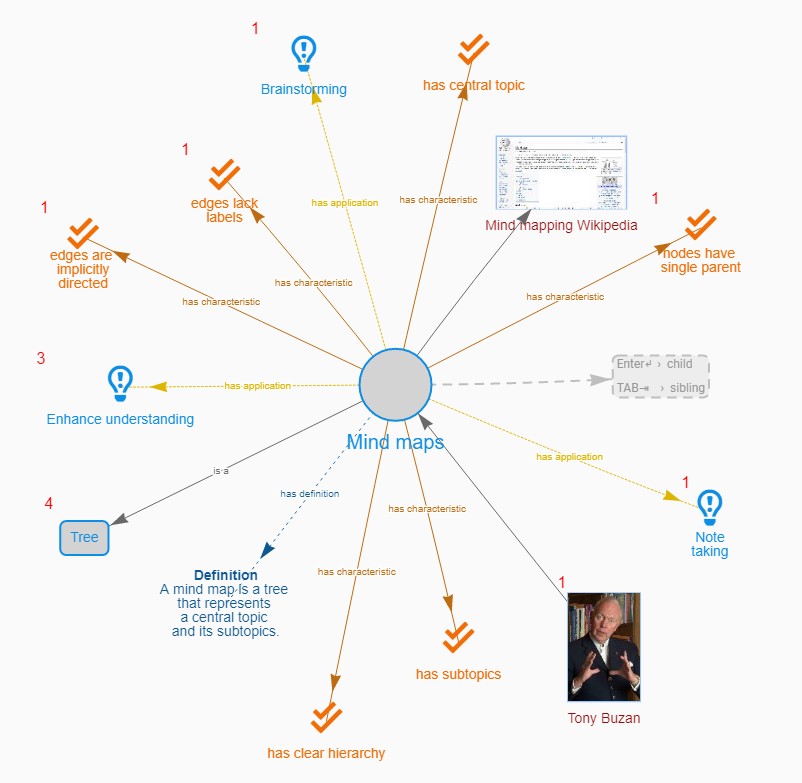 Concept maps extend the notion of a semantic network, which were invented in the 1950′ to represent knowledge in general terms.

Concept maps may have a main topic, but can as well have multiple central topics (as the concept map used to illustrate this blog), or no central topic at all.

From a graph theory point of view, a concept map is a directed graph, where in principle any node can be connected to any other node without any limitation. The relationships or connections between nodes have a semantic meaning attached to them and displayed as their label.

These properties make concept maps much more powerful than mind maps, as first of all the relationships or not limited to some hierarchy, but can link any two nodes of a graph, and both nodes and connections carry semantic meaning.

Click on the picture below to open the LinkFacts concept and explore definitions, characteristics and an example 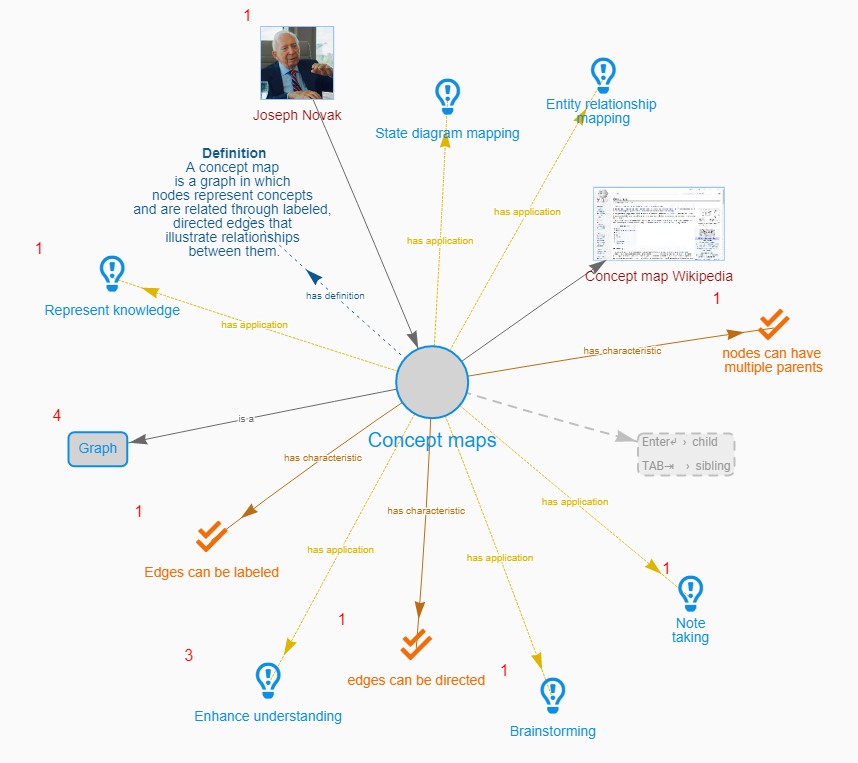 Cognitive maps are the umbrella term for all kind of visual representations of mental models, an as such encompass both concept maps and mind maps.

They are thus very general and not bound to any formalism. They can be composed of nodes, relationships, but also schemas, flow diagrams, lists.

They serve to illustrate processes, behaviours and any other aspects of systems or environments.

The most common applications of cognitive mapping (mind mapping and concept mapping alike) are the following:

LinkFacts is a new solution and the key differentiator to the above mentioned is that LinkFacts is a Concept Mapping AND Mindmapping solution at the same time, with an integrated file store and strong team collaboration support.

LinkFacts is free to get started, so give it a try, and most importantly, tell us what you think (via the ‘Feedback function’).

LinkFacts, the online concept and mind mapping solution, provides individuals, teams, and communities with both the tools and the collaboration platform.