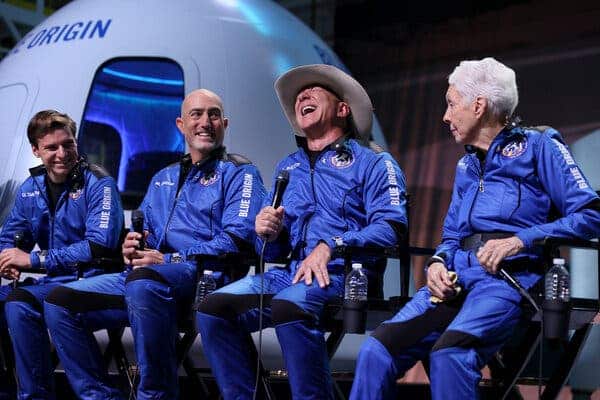 Jeff Bezos, Elon Musk, and Richard Branson are three billionaires that are famously competing to make spaceflight more accessible. Since the 2000s, these self-made “space barons” have expanded their businesses to capitalise on the opportunities in outer space. It is the first time that entrepreneurs have been launching rockets into the atmosphere rather than countries.

The race between these billionaires to be the first men in space by use of their suborbital vehicles became global news. This is the widely-dubbed “space race.” Branson was first to successfully reach the boundary of space on 11 July 2021. Bezos followed just over a week later.

Musk, however, is taking his flight in 2024, although he has already been sending rockets into space for paid commercial missions. In 2019 Musk’s company, SpaceX, carried a satellite into orbit on behalf of the first paying client, Saudi Arabian telecommunications company, Arabsat.

Taking a look at the journey of billionaires in space, a visual representation of the topic makes it easier to comprehend. One user of LinkFacts has made a mind map on the subject, to discover the relationship between the billionaires, their net worth, their companies, and space missions.

Mapping out the topic

Delving into research about the new era of commercial space ventures can quickly lead to an overwhelming amount of information. By using the mind-mapping tool LinkFacts, it is easy to see this information in one place. This is excellent news for visual learners or anyone researching a complex topic.

Here’s how the “billionaire space race” graph was created.

The great feature of using this online tool is that the addition of more nodes and sub-categories is unlimited on LinkFacts. So, the more information you want to add, no problem. Find more relationships between ideas on your mind map without worrying about losing space to put your thoughts down, as is the problem with the humble pen and paper.

With the space race graph, for example, there is potential to explore the themes of each of the companies owned by the billionaires. Should you want to find relationships between the business background of Bezos, Branson, and Musk, you can easily focus on this idea.

What is your topic of interest?
Try LinkFacts for free and start exploring and organising your ideas. 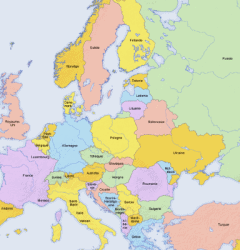